Each year thousands of dogs are born due to uncontrolled breeding in the United States. There is an estimate by the Humane Society that six to eight million dogs and cats are sent to shelters each year and approximately 50 percent of them are euthanized because there are not enough homes and families for them. 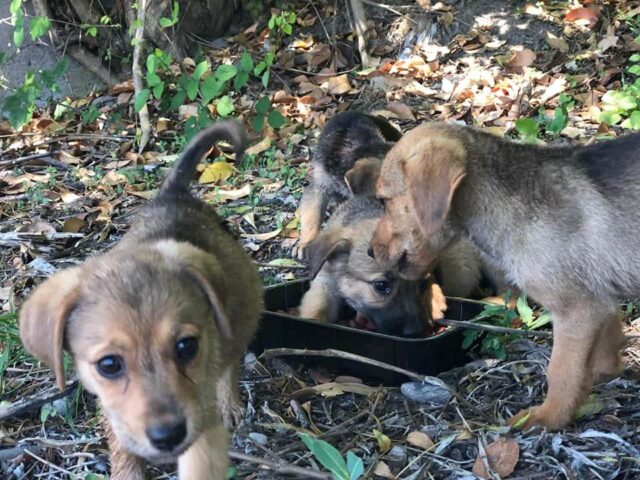 People believe that they can profit with their new pet by breeding her, but they do not take in account the expenses and responsibilities of taking care of a new litter and in turn, those puppies end up in the wrong hands or are sent directly to the shelters by the same new breeder. “Living creatures have become throwaway items to be cuddled when cute and abandoned when inconvenient” (HSUS). Abandoned and stray dogs who survive in the streets and alleys of cities pose another problem because they reproduce with each other and pet overpopulation becomes a bigger problem.

1. Spaying or neutering can change your pet’s temperament or personality.

2. The operation is risky.

3. Females should be granted the right to have one litter before being spayed.

1. Your pet will retain his or her own, very individual personality.

2. The operation is painless causing minimal discomfort to your pet afterwards.

3. Animals don’t need a litter to be fulfilled and it doesn’t make them more settled.

4. The only think that makes your pet fat is overeating and a lack of exercise.

Spaying and neutering are elective surgical procedures and the decision of a dog owner to have their dog undergo such procedures must be based on a thorough understanding of the risks and possible complications of the procedure, as with any type of surgical intervention. In general, modern procedures for spaying and neutering are safe, but dog-owners should discuss with the veterinarian the possible consequences and their own expectations. The benefits of the surgery must outweigh the potential risks. Reasons and benefits vary, but the most common ones are preventing the bitch from breeding and preventing health and behavioral problems.

Before the surgery, the veterinarian will perform physical examinations and laboratory tests to identify any health problems the dog may have and to verify that the dog is a good candidate to anesthesia. Preoperative care includes bathing the dog and fasting for 6 to 12 hours prior to surgery1.

For female dogs, there are three different types of sterilization methods:

1. Tubal ligation: tying off the oviducts.
2. Hysterectomy: removal of the uterus. This procedure, as well as tubal ligation does not prevent ovarian cycles and because the ovaries are left intact, it can become a site for cancer or infection1.
3. Ovariohysterectomy: removal of ovaries, oviducts and uterus. This procedure is the most popular treatment for permanent sterility and prevention of cycling, cancer and infections.

Ovariohysterectomy can be performed at any age and there is no evidence that it is harmful to the dog if performed prior to puberty, but in order to reduce the risk of developing breast cancer, it is recommendable to perform the operation before the first heat cycle.

Some studies have demonstrated that spaying tends to promote increased food intake and body weight gain, while another study has indicated that spaying does not influence those same factors1. Each dog is different and if a dog is predisposed to gain weight after the operation, owners are responsible to control it with exercise and limited feeding (some owners tend to overfeed the dog).

Spaying permanently eliminates a source for bacterial infection known as Pyometra (pus in the uterus) which is common in older dogs. By preventing pregnancy, the bitch won’t be exposed to uterine torsion and/or uterine prolapse. Uterine torsion is the twisting of the uterus and occurs during late pregnancy. Uterine prolapse occurs when the uterus turns inside out and protrudes through the vagina.

Reproductive cycles may have an effect on other complications such as vaginal hyperplasia (a large mass of obstructive tissue develops at the vagina), uterine tumors and cysts on the ovaries.

If the operation if performed before the first heat cycle, the risk of developing mammary cancer is substantially reduced. Also, spaying eliminates the risk of pseudo pregnancy (false pregnancy) which is a normal physiologic disease syndrome in bitches.

According to several studies and authors, spaying a female dog does not have a direct influence in her behavior because “females are hormonally active only twice a year and their minds are not constantly under hormonal influence”2. However, two different studies, one conducted by O’Farrell and Peachey and the other by Voith and Borchelt, demonstrated that aggression worsened after spaying if the female was already showing signs of dominance-aggression before six months of age3,4. Voith and Borchelt hypothesized that these dogs display such tendencies to dominance-aggression because they may have been exposed to prenatal androgenization. If the female puppy exhibits dominance-aggression signs, Dr. Karen Overall recommends in her literature to let the dog have one or two heat cycles before spaying5.

In 1996, Podberscek and Serpell reported that females spayed before exhibiting aggression were more likely to exhibit aggression toward children6, but their findings were related to English Cocker Spaniels only and based on owners’ opinions.

Pregnancy and pseudo pregnancy may reduce functional thresholds for aggressive behavior due to hormonal influences and some dogs may experience behavioral changes including toy adoption, hyperactivity and increased snappiness. Spaying should be undertaken only after signs of pseudo pregnancy have disappeared according to Lindsay, but Dr. Fogle recommends spaying the dog before her first season7,2.

Fertility control in male dogs is done by either vasectomy or castration.

Vasectomy is when the testicular tubules are severed. Some veterinarians will perform this procedure, which will sterilize a dog but leave the genitals intact. It’s a more difficult and time-consuming procedure than castration, and also more expensive. Because testosterone is still present in a dog’s system after a vasectomy, the dog will still exhibit the behavior of a dog that hasn’t been neutered (AAHA).

Castration (orchiectomy) is the complete removal of the testicles. In dogs, a small incision is made through the skin in front of the scrotum, both testicles are removed, and the incision is sutured closed.

Castration can also reduce the risk of perianal tumors (benign tumor of glands surrounding the anus) and perineal hernia, a syndrome wherein the wall of the rectum protrudes through the pelvic musculature and becomes impacted with feces1.

When it comes to behavior changes, castration is more beneficial to male dogs than spaying to female dogs. Male puppies receive a surge of testosterone within a few days of birth that is responsible for masculinizing the brain, including those areas responsible for male behaviors8 such as mounting, roaming and urine marking. Testosterone is a behavior modulator that makes dogs react more intensely, quickly and for a long period of time.

1. It is effective in decreasing roaming behavior in approximately 50 percent of dogs.
2. Urine marking declines in 30 to 50 percent of the cases.
3. Intermale aggression is also affected in almost percent of dogs.
4. Mounting is reduced in one third of the dogs (dogs may continue to mate for at least eight months after castration).

According to Dr. Fogle, there is a 50 percent probability that castration will change these behaviors if a dog has already developed them1. Castration will not make the dog calmer, change his personality or decrease his activity.

Finally, studies performed by Hopkins and Hart have shown that castration did not have an effect in territorial aggression and fear-related aggression9.

For more information talk to a local veterinarian and spread the word!