The Shiba Inu is the smallest of the original six native breeds from Japan. They were originally hunting dogs. Today they still have very keen senses and make excellent watchdogs. These dogs can be quite independent and they are reserved toward people they don’t know but they are loving and loyal toward their families. 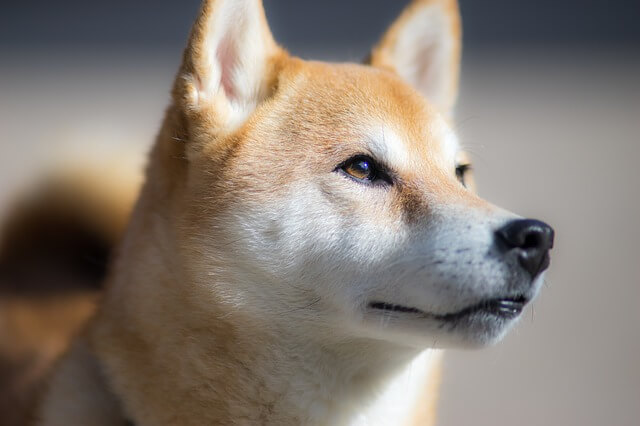 History of the Shiba Inu

The Shiba Inu wasn’t officially recognized in Japan until 1936 but the dogs have existed for much longer. Their origins are unclear but the dogs are likely descended from primitive dogs. DNA testing shows that the dog is an ancient Asian spitz-type dog and one of the oldest breeds still in existence, probably dating back to around the 3rd century BC. They have been used for hunting small game in Japan such as rabbits and birds for centuries. The word “Shiba” in Japanese is said to mean “brushwood” which describes the area of trees or shrubs which have red leaves in the autumn where the dogs were used for hunting. “Shiba” is also said to mean “small” which also describes the dog. So “Shiba” refers to the Little Brushwood Dog. “Inu” is the Japanese word for dog. The Shiba Inu almost became extinct during WWII due to the war itself and distemper outbreaks following the war. After the war, the dogs that remained were combined and the present breed was created. The Shiba was first brought to the U.S. in 1954. The first litter was born in the United States in 1979. They were recognized by the American Kennel Club in 1992.

Today the Shiba is extremely popular in Japan and it is becoming more popular in the United States each year.

The Shiba has a relatively long life, living from 12 to 15 years. They are a generally healthy breed. Of course, there are a few health problems that can appear in the breed. They can have allergies. They may have problems with glaucoma, entropion, or cataracts in their eyes. Hip dysplasia is possible. And luxating patellas (slipped kneecaps) can appear.

Annual eye examinations are recommended for this breed with an opthamalogist from the CAER registry.

If you are considering getting a Shiba Inu you should talk to the breeder about health testing and ask what kind of testing they do, and especially ask about CAER testing.

The Shiba Inu is typically an independent and intelligent dog. They aren’t always easy to train for these reasons as they tend to think for themselves. These dogs are somewhat cat-like in some ways. Not only in their independence, but also in their cleanliness and in their preference for self-grooming. They prefer to be clean and tidy and they often lick their paws to wash themselves. They are very easy to housebreak, too.

The Shiba is very loyal and loving toward his family but he is usually aloof toward strangers. He may not be very friendly toward other dogs and he can be aggressive at times. These dogs have a good nature but they are also quite dignified.

The Shiba is affectionate and confident and they will bond very closely to their owner. While they can live outdoors they prefer to live inside, in a family situation. They are very playful and they are good with children. They are quite active and agile.

It is important that Shiba Inus be well-socialized when they are young so they will have good social skills with humans as adult dogs. Take your Shiba puppy with you when you go to places such as pet supply stores and parks. Encourage friendly strangers to pet your puppy and give him treats. Allow your puppy to play with other friendly puppies under supervision. You may wish to consider enrolling your Shiba puppy in a puppy preschool or puppy kindergarten class so he can have some positive interaction with other puppies and friendly people, and learn some basic obedience commands.

Shibas do have lots of energy and they need plenty of regular exercise each day.

As with some other primitive breeds, the Shiba is prone to screaming. This is a loud and high-pitched scream when the dog is displeased. Or, sometimes the dog will scream when it is very happy. But this is something that a potential owner should be aware of before getting a Shiba

The Shiba Inu has minimal grooming needs, partly because they are so fastidious and groom themselves. They are very clean dogs. Routine brushing is all that’s needed. They have a coarse double coat that is waterproof naturally. You rarely need to bathe your Shiba. The Shiba does shed seasonally, especially in the summer. Brush daily when the coat is shedding to minimize the hair falling in your home.

You should clean your dog’s ears weekly to prevent ear infections.

Trim your dog’s nails on a weekly basis to keep them short. If you trim them each week, removing just a small amount of nail, then you won’t cut the quicks or harm your dog.

The Shiba Inu is descended from primitive dogs and they have a very high prey drive. Do not let them off leash in an open area. They will chase small game or anything that moves. Be extra careful with other small pets in the home such as rabbits, gerbils, and hamsters.