Hyperactivity in Dogs and Puppies 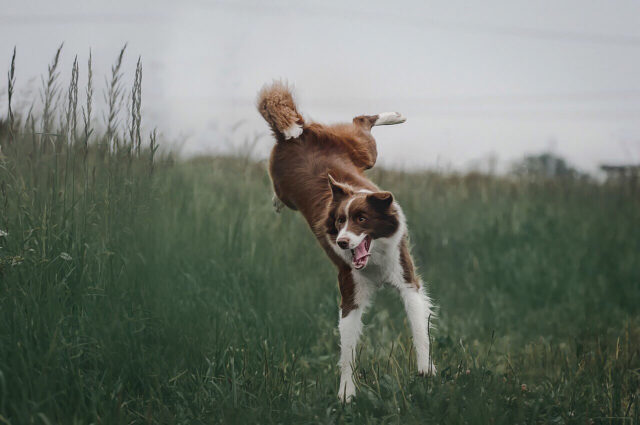 Many people are familiar with the hyperactive dog, and some swear to even live with him. Are there truly hyperactive dogs? And, if so, how do you train them?

What is Dog Hyperactivity?

Hyperactivity in dogs can be described as a physical state in which the dog is abnormally and easily excitable or exuberant. In some cases hyperactivity simply refers to a dog having more energy than the average dog. These dogs have more intense needs for exercise and activity. Most people refer to these go-go-go kinds of dogs as hyperactive.

While typically hyperactive dogs do have higher energy levels, it’s not the energy level that makes them hyperactive. Instead, it is the lack of energy draining outlets such as exercise and the resulting pent-up energy that causes the manifestation of hyperactivity.

What are the Causes and Signs of Dog Hyperactivity?

People largely think of hyperactive dogs as having behavioral issues and being hard to train. Some of these dogs are given up on and re-homed.

The ways that hyperactivity appears in dogs is varied but some common examples might include:

Some dogs exhibit all of these behaviors or just some, but the point is that the behaviors are over the top. All dogs might chew on something, but a hyperactive dog chews excessively, destructively, and puts a lot of energy into it. What has to be understood about these dogs is that some of the most hyperactive dogs are some of the brightest, most intelligent dogs. Hyperactive dogs usually have shorter attention spans. It doesn’t mean they cannot learn, but it has to be in short, much quicker bursts of training than the slower dog. It needs to be fun and maintain their interest.

Lack of physical and mental stimulation, poor nutrition, genetics and environmental factors are among the most common causes or triggers for hyperactivity in dogs. Please note that increasing exercise is not the only answer for hyperactive dogs. In some cases a behavior modification program can be helpful to reduce and manage inattentiveness, impulsitivity, and hyperactivity.

Professional guidance can help you to understand what is causing your pet’s hyperactive behavior and how to correctly it quickly so that you will not have to worry again.