Fears and Phobias in Dogs 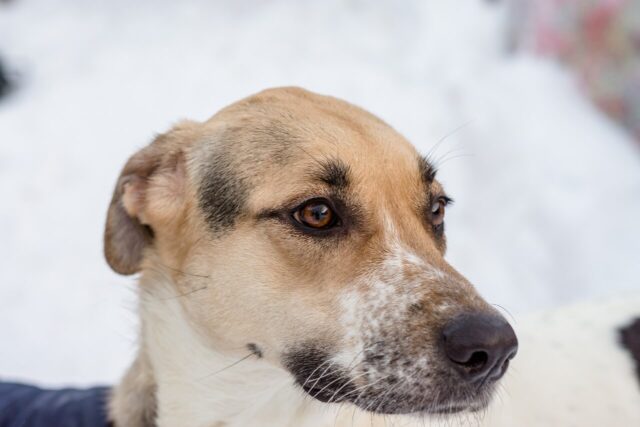 You may not realize it, but your dog could be suffering from one of many different fears and phobias.

It is probably safe to say that almost every dog has varying degrees of “fears”. Fear is a vital evolutionary survival mechanism that leads an organism to avoid threat. It is an emotion created by the presence of danger… and it is normal in some contextual situations. Be it noises, people, animals, objects or situations, there is nothing dogs can’t develop fears and phobias about. Some dogs are afraid of shadows, lights, cars, brooms, bicycles, etc. Others are just concerned about being left alone. The truth is that fears and phobias are sometimes the underlying cause of several behavioral problems in dogs including aggression, separation anxiety, escape problems, destructive behavior, submissive urination and barking.

Although fears and phobias are not mutually exclusive, they manifest in different ways and have particular characteristics.

Fear is the unpleasant feeling that arises out of a real situation, a danger or a concrete external object. That danger or situation is the triggering stimuli to a series of physiological and emotional reactions that occur simultaneously or sequentially. When a dog is presented with the trigger (like seeing a new dog for example), the associated response is triggered, most commonly resulting in feelings of fear if the dog, in this case, has not been properly socialized.

Phobias are anxiety disorders characterized by abnormal, intense and irrational fears of objects or situations. The difference between fear and phobia is that phobia tends to be out of proportion or unrealistic, in other words, they are a fear of a threat that may not exist. Phobias are beyond voluntary control and they interfere with the dog’s normal functioning. Not all phobias result in severe impediment; the intensity of emotional reactivity varies in dogs and it is determined by learning experiences and heredity.

Signs of Fears and Phobias

One of the most common phobias among dogs is noise phobia. Some dogs destroy windows, doors and wood fences while trying to escape during a thunder storm or 4th of July fireworks. Others “hide” for hours at a time. It is also common to see dogs that have an exaggerated fear of strangers (xenophobia) or an irrational fear of specific objects such as umbrellas, vacuum cleaners or even toys.

The symptoms of your dog’s fears and phobias may also vary based upon your dog’s temperaments and exactly what he is afraid of. Some of the most common behaviors that are associated with dog fears and phobias include digging, chewing, house soiling, hiding and clinging to the owner. The severity and intensity of such behaviors will usually depend upon the depth of the dog’s fear and also the intensity of the trigger. For example, if a dog is afraid of loud noises then the loudness of the noise will often determine the intensity of the dog’s reaction.

Some dogs may exhibit escape behaviors while trying to get away from loud noises while other dogs may become immobilized by their fears. In other cases dogs may attempt to hide from whatever it is that is triggering their fear. This can be particularly dangerous because the dog may become wedged in a tight place. In the case of a storm, the dog may begin exhibiting signs of fear even before the humans around him are aware that a storm is on the way.

Dog fears and phobias can arise from a number of different reasons. There is a common assumption that a dog that suffers from fears and phobias may have been abused or mistreated at some point in the past, but this is not always the case. In some instances dogs simply are afraid due to a lack of experience regarding the trigger. For instance, if a dog was not properly socialized as a puppy then he may experience a fear of other dogs and other people when he matures. It should also be noted that there are some breeds of dogs that seem to be more naturally prone to fears and phobias than other dogs. This often results from a natural sense of shyness. It is important to remember that even dogs which are naturally prone toward shyness can recover through training.

Regardless of your dog’s fears and phobias it is possible for him to improve through professional training so that he as well as you can lead a calmer and more peaceful life.