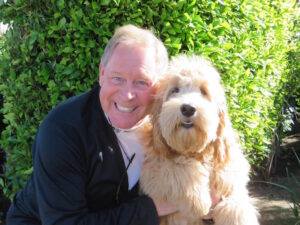 “David Reinecker was a miracle in my life. He saved my sanity and he no doubt saved my dog’s life” remarks Terri Kopp (& Nuala), writer/producer of Law & Order. Former California’s first lady Maria Shriver notes, “David is wonderful, and we would recommend him to anyone looking to train their dog.” Veterinarians concur: “David excels as a dog trainer because he can see into the mind of the dog and understand the perspective of the dog’s owner and reconcile the two.”-Louis Schwartz, D.V.M.

David Reinecker is the creator of Dog Remedy a unique way of training, which combines hand signals, voice commands and holistic remedies along with human-dog interaction techniques. Over his accomplished career, David has helped thousands of dog owners nationwide eliminate severe cases of fear and territorial aggression, hyperactivity, depression and separation anxiety in their pets. David’s highly effective approach to training engages owners in the actual training process; Clients attest to his method’s fast results and his unique ability to enable them to continue with his proper training method. In addition to writing for Dog Remedy, David publishes a blog about issues relating to dog aggression and behavior issues, which can be accessed at DavidReinecker.com

David Reinecker graduated from California State University, Sacramento (1978-1982) and completed additional coursework in psychology at UCLA (1994). David specializes in the assessment and rehabilitation of problem dogs, he possesses a wealth of experience in behavior modification in particular dealing with dog aggression problems. He acquired part of his training as a Specialist in Reducing Aggression in Dogs from the late John Fisher, a noted British behaviorist. Most recently, David completed the Solving Canine Behavior Problems program at Cornell University, College of Veterinary Medicine in Ithaca, NY. 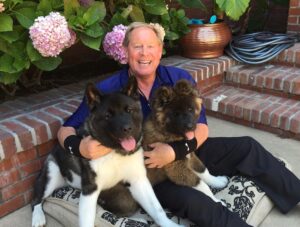 Due to his expertise and understanding of dog behavior, David has been a sought after resource for prestigious journals and magazines such as The New York Times, Real Simple magazine, Los Angeles Times, Dog Fancy, People Magazine and The Dallas Morning Newspaper. He has been a guest expert on numerous international, national and local radio shows and has been featured in CBS News, Simply the Best Magazine, Good Morning America, Pet Age, W Magazine, Animal Fair and CNN Headline News. A resident dog trainer for local veterinary clinics and a household name among Hollywood’s elite, Animal Behaviorist David Reinecker has utilized his 33 years of experience to transform some of the “top dogs” in tinsel town from dastardly to delightful, including those cared for by Maria Shriver, Kirk Douglas, Cristina Ferrare, Billy Blanks and Terry Garr.